Matthew 16:1 The Pharisees also with the Sadducees came, and tempting desireds him that he would show them a sign from heaven.
16:2 He answered and said unto them, When it is evening, ye say, [It will be] fair weather: for the sky is red.
16:3 And in the morning, [It will be] foul weather to day: for the sky is red and lowering. O [ye] hypocrites, ye can discern the face of the sky; but can ye not [discern] the signs of the times?

Ezekiel 14:23 - And they shall comfort you, when ye see their ways and their doings: and ye shall know that I have not done without cause all that I have done in it, saith the Lord GOD.

Revelation 18:6 - Reward her even as she rewarded you, and double unto her double according to her works: in the cup which she hath filled fill to her double.

Obadiah 1:15 - For the day of the LORD [is] near upon all the heathen: as thou hast done, it shall be done unto thee: thy reward shall return upon thine own head.

Rev  12:12 Therefore rejoice, [ye] heavens, and ye that dwell in them. Woe to the inhabiters of the earth and of the sea! for the devil is come down unto you, having great wrath, because he knoweth that he hath but a short time.

Revelation 6:17    For the great day of his wrath is come; and who shall be able to stand?

Galatians 6:7 - Be not deceived; God is not mocked: for whatsoever a man soweth, that shall he also reap.
2 Corinthians 9:6 - But this I say, He which soweth sparingly shall reap also sparingly; and he which soweth bountifully shall reap also bountifully.
Proverbs 16:18 - Pride goeth before destruction, and an haughty spirit before a fall.
Proverbs 14:14 - The backslider in heart shall be filled with his own ways: and a good man shall be satisfied from himself.

Luke 6:38 - Give, and it shall be given unto you; good measure, pressed down, and shaken together, and running over, shall men give into your bosom. For with the same measure that ye mete withal it shall be measured to you again.

note: take a picture of the beast

beast –description of the beast (1st)

Rev 13:7 And it was given unto him (1) to make war with the saints, and to overcome them: and power was given him over all kindreds, and tongues, and nations.
"That the Church of Rome has shed more innocent blood than any other institution that has ever existed among mankind, will be questioned by no Protestant who has a competent knowledge of history . . . It is impossible to form a complete conception of the multitude of her victims, and it is quite certain that no powers of imagination can adequately realize their sufferings."--W. E. H. Lecky, History of the Rise and Influence of the Spirit of Rationalism in Europe, vol. 2, p. 32, 1910 edition.  (An excellent though lengthy article describing in detail the right of the Roman Catholic Church to do this, will be found in The Catholic Encyclopedia, vol. 12, p. 266.)

Ruler of all nations – play vid

Image of the beast = institution of church and state

Rules nations  Rev 18:7         How much she hath glorified herself, and lived deliciously, so much torment and sorrow give her: for she saith in her heart, I sit a queen, and am no widow, and shall see no sorrow. 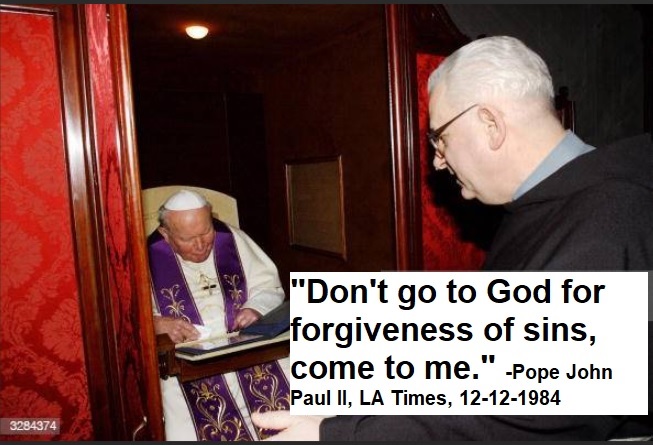 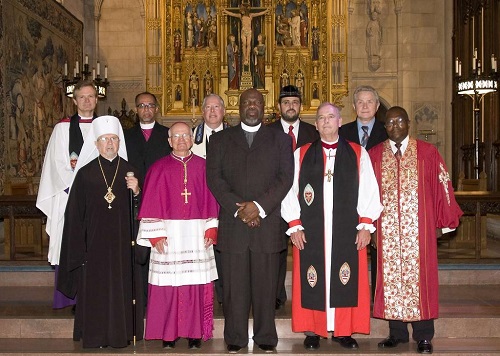 that the image of the beast should both speak, and cause

image of the beast = church and state

if you do not comply with the church and state laws,
punishment - should be killed (persecuting power of 1st beast, Rev 13:7 – make war, 17:6 drunken blood saints)

he causeth all, both small and great, rich and poor, free and bond, to receive a mark in their right hand, or in their foreheads:

he = 2nd beast
causes = enforce
all = everyone

mark = Sunday worship
Note: now that we have discovered the beast and his image, what is it that they intend to enforce

that no man might buy or sell, save he that had the mark, or the name of the beast, or the number of his name.

"Every man and woman shall repair in the morning to the divine service and sermons preached upon the Sabbath (Sunday), and in the afternoon to divine service, and catechizing, upon pain for the first fault to lose their provision and the allowancefor the whole week following; for the second, to lose the said allowance and also be whipped; and for the third to suffer death."!!! Laws, and Orders, Divine, Politique, & Martial For the Colony in Virginia: first established by Sir Thomas Gates, Knight, Lieutenant - General, the 24th of May, 1610

Links to Headlines:
1. Pope imposes deadline for Vatican to transfer assets to bank
2. What is cryptocurrency
3. Food Processing Plants Burning Down All Over the World, as Europe, Australia Prepare for Fuel Rationing
4. Australia's central bank launches digital currency project