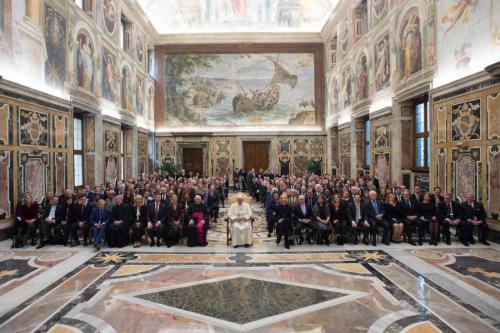 As we have learned about the 1st beast fulfilling the characteristics of Rome, we will connect historical facts with Biblical truths regarding the 2nd beast, which history shows that when the Vatican whore was robbed of her persecuting powers against God’s commandment-keeping Christians during the dark ages, it was then where history records the following, “French troops commanded by Napoleon Bonaparte defeated the papal troops and occupied the Papal States in 1796. In 1798, upon his refusal to renounce his temporal power, Pius was taken prisoner and transported to France.” It was that historical event which fulfills the prophetic statement of Revelation 13:10, “He that leadeth into captivity shall go into captivity: he that killeth with the sword must be killed with the sword. Here is the patience and the faith of the saints.”

Furthermore, it ends the 1260 murdering rampage of Rome against God’s commandment-keeping people as stated in the Bible (Daniel 7:25; 12:7; Revelation 11:2-3; 12:6, 14; 13:5).
The office of Popery (the 1st beast) has spent ages trying to destroy the work of God, even at the start of the birth of Jesus (Matt. 2:16). It is clear by the historical fruits of the Roman Empire that Satan gave them their wicked power as the Bible proclaims in the following verse…

Revelation 13:2 – …and the dragon gave him his power, and his seat, and great authority.
However, when this power was put to rest for a season because of Napoleon fulfilling Bible prophecy in 1798, there was another country that was forming in another part of the world, which would later give help and life to the image of the first beast. This beast (nation) would have some of the same characteristics at the end of her rule.

Revelation 13:11 – And I beheld another beast coming up out of the earth; and he had two horns like a lamb, and he spake as a dragon.

It is here where John saw in the book of Revelation a new beast coming up to power that would echo the dragon’s voice and carry forward the same cruel and blasphemous work as the first beast just as Satan likes it. This nation would be patterned after Rome. It would wage war against the true commandment-keeping church of God in the last days, and it would try and destroy the law of God. This beast is represented as having lamblike horns. The preceding 1st beast had risen from the sea (populated region of the world – Rev. 17:15), but this 2nd beast comes up out of the earth (desolate).

The “two horns like a lamb” well represent the character of the American Government, as expressed in its two fundamental principles, which are Republicanism and Protestantism. These principles are the powers and prosperity of the nation. This prophecy of Revelation 13 clearly declares that the power represented by the beast with lamblike horns shall also cause “the earth and them which dwell therein” to worship the antichrist Pope—there symbolized by the beast “like unto a leopard.” The beast with two horns is also to say “to them that dwell on the earth, that they should make an image to the beast,” and it is to command all “both small and great, rich and poor, free and bond” to receive the mark of the beast. Revelation 13:11-16.

Those who first found an asylum on the shores of United States rejoiced and gave thanksgiving that they had reached a land that was free from the antichrist Pope and the tyranny of the kingly rule that did what the Pope said; this is the exactly what America has become. They determined to establish a government upon the broad foundation of civil and religious liberty, which has worked in behalf of Rome that would establish a false worship system. That worship system would pay homage to the antichrist Pope on his Sunday, and not the God of the Bible. The God of the Bible is the Lord of the Sabbath day, which was for man and not just the Jews alone. Mark 2:27-28.

Furthermore, when the United States shall enforce Sunday observance, which Rome claims as the special acknowledgment of her supremacy, then it will be at this time where people will begin to receive the Mark of the Beast (the Mark of Rome). Does Rome boast of their mark? See the following passages…

“Of course the Catholic Church claims that the change (Saturday Sabbath to Sunday) was her act… And the act is a MARK of her ecclesiastical authority in religious things.” H.F. Thomas, Chancellor of Cardinal Gibbons. Nov. 11, 1895

“Sunday is our MARK or authority. . .the church is above the Bible, and this transference of Sabbath observance is proof of that fact” Catholic Record of London, Ontario Sept 1,1923.
Do they plan on enforcing their false worship system?

“In respecting religious liberty and the common good of all, Christians [in the USA and elsewhere] should seek recognition of Sundays and the Church’s holy days as legal holidays.” Catechism of the Catholic Church, popular and definitive edition, 2000, par. 2188.

“This organization proposes in every possible way to aid in preserving Sunday as a civil institution. Our national security requires the active support of all good citizens in the maintenance of our American Sabbath. Sunday laws must be enforced.” -Quoted as “principles contained in the Constitution” of the original organization (then called the American Sabbath Union), cited in The Lord’s Day Alliance, Twenty fifth Report (1913), p6.

To the very close of time, the Pope will carry forward the work of deception for Satan. And John the revelator declares, also referring to the papacy: “All that dwell upon the earth shall worship him, whose names are not written in the book of life.” Revelation 13:8. In both the Old and the New World, the papacy will receive homage through the Sunday institution that rests solely upon the authority of the “MOTHER OF HARLOTS AND ABOMINATIONS OF THE EARTH”. –Revelation 17.

Note:
1. 1st beast is Rome.
2. 2nd beast is America.
3. The Mother of Harlots is the Roman Catholic Church.
4. Her daughters are likened to false prophets that would be like frogs catching their victims with their tongues in smooth preaching that is found in Protestant America
The Roman beast and the Catholic Church
The America beast and the modern-day fallen apostate Protestantism
Those are the powers working to secure the world to worship the Antichrist Pope, and those that do will receive the “Mark of the Beast”!