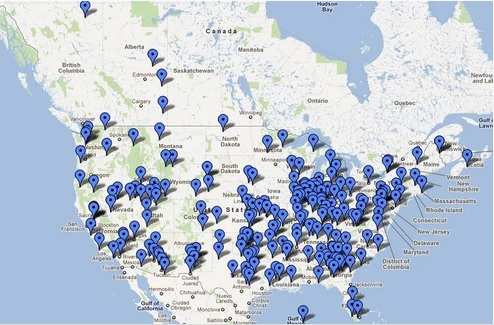 FEMA is the executive arm of the coming police state and will help enforce Sunday laws decree through this covid system. These Presidential Executive Orders are listed on the Federal Register which are part of the legal framework for these future operations.

These camps are all equipped with railroad facilities leading to and from the detention and shielding facilities which they are calling green zones. Many also have an airport nearby. The majority of the camps can house a population of 20,000 prisoners. Currently, the largest of these facilities is just outside of Fairbanks, Alaska. There is an Alaskan facility that is a massive mental health facility and can hold approximately 2 million people.

Executive Orders associated with FEMA that would suspend the Constitution and the Bill of Rights has already been actually implemented back on January 6th during the presidential speech of former US President, Donald Trump. These Executive Orders have been on record for approximately 30 years and could be enacted by the stroke of a Presidential pen:…

EXECUTIVE ORDER 10990
allows the government to take over all modes of transportation and control of highways and seaports.

EXECUTIVE ORDER 10995
allows the government to seize and control the communication media.

EXECUTIVE ORDER 10997
allows the government to take over all electrical power, gas, petroleum, fuels and minerals.

EXECUTIVE ORDER 10998
allows the government to seize all means of transportation, including personal cars, trucks or vehicles of any kind and total control over all highways, seaports, and waterways.

EXECUTIVE ORDER 10999
allows the government to take over all food resources and farms.

EXECUTIVE ORDER 11001
allows the government to take over all health, education and welfare functions. »»» Even SWAT Teams are Helpless Against This.

EXECUTIVE ORDER 11002
designates the Postmaster General to operate a national registration of all persons.

EXECUTIVE ORDER 11003
allows the government to take over all airports and aircraft, including commercial aircraft.

EXECUTIVE ORDER 11051
specifies the responsibility of the Office of Emergency Planning and gives authorization to put all Executive Orders into effect in times of increased international tensions and economic or financial crisis.

EXECUTIVE ORDER 11310
grants authority to the Department of Justice to enforce the plans set out in Executive Orders, to institute industrial support, to establish judicial and legislative liaison, to control all aliens, to operate penal and correctional institutions, and to advise and assist the President.

EXECUTIVE ORDER 11921
allows the Federal Emergency Preparedness Agency to develop plans to establish control over the mechanisms of production and distribution, of energy sources, wages, salaries, credit and the flow of money in U.S. financial institution in any undefined national emergency.

The Federal Emergency Management Agency has broad powers in every aspect of the nation. General Frank Salzedo, chief of FEMA’s Civil Security Division stated in a 1983 conference that he saw FEMA’s role as a:
“new frontier in the protection of individual and governmental leaders from assassination, and of civil and military installations from sabotage and/or attack, as well as prevention of dissident groups from gaining access to U.S. opinion, or a global audience in times of crisis.”
FEMA’s powers were consolidated by President Carter to incorporate the…

National Security Act of 1947
-allows for the strategic relocation of industries, services, government and other essential economic activities, and to rationalize the requirements for manpower, resources and production facilities.

1950 Defense Production Act
-gives the President sweeping powers over all aspects of the economy.

Act of August 29, 1916
-authorizes the Secretary of the Army, in time of war, to take possession of any transportation system for transporting troops, material, or any other purpose related to the emergency.

International Emergency Economic Powers Act
-enables the President to seize the property of a foreign country or national. These powers were transferred to FEMA in a sweeping consolidation in 1979.

WHERE ARE THESE CAMPS LOCATED:

The FEMA camps today are used as forefront for what they will really serve for when Sunday law is enforced. Today, covid is the purpose, tomorrow the real reason will be clearly revealed. Those who are students of prophecy know and understand why there is FEMA and what their camps will be used in the near future.

The greatest conflict is about to happen and the world is being prepared to make their job easier for when they receive the decree to arrest those who are not compliant with the new world religious Sunday law. This is why it is very important to prepare oneself today. Develop a close relationship with Christ by obeying all His written words and these evil operations of the wicked will not by any means scare any of God's people in this planet. If we die, we die unto the Lord holding fast and never letting go of the faith. If we live, still we live for the Lord fighting the good fight of faith.